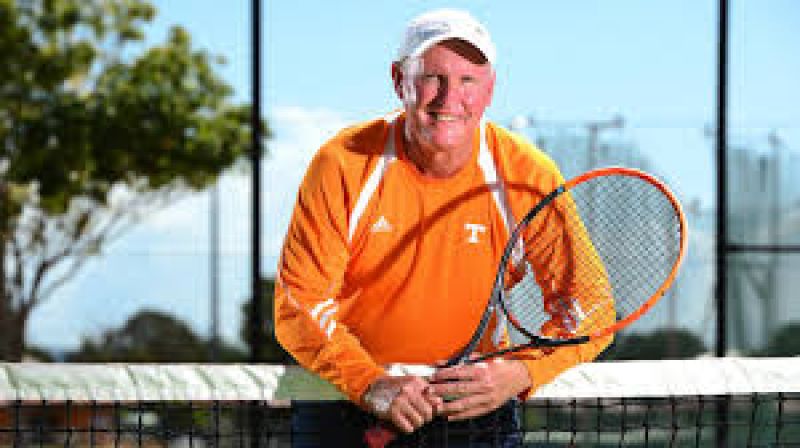 Wayne VALE Hannah - Head Coach of Tennis Townsville – North Ward, died suddenly, aged 62, on 11th July 2020 and is survived by his beloved wife Julie and daughter Sally. He will be sorely missed by his many circles of friends, students, peers, members and various individuals around the world and particularly by those here at Tennis Townsville-North Ward.

Judging him on appearance alone, one could be forgiven for thinking that he was an unconventional person at best. Always unassumingly attired, particularly his token bum-bag and zinced face, he rarely talked about himself or his achievements, and he perpetually played down his contributions to the sport in which he lived and breathed every day.

With over 30+ years of dedication to the Tennis Townsville club, Wayne had an exceptional ability to motivate and influence many tennis enthusiasts of all ages right through from amateur to professional namely J.P Smith and Lizette Cabrera. His ability to install passion, drive and focus to achieve results in all tiers of the club will always be remembered and forever, reside in our hearts.

His scripted and structured planning of his many hours on the court was key in the accomplishment and growth of the Tennis Townsville community and extended to North Queensland and further more to wider Australia. The respect and triumph he earned through his life commitment to the sport will be felt by the many students he took under his wing and his uncanny commentaries notably ‘watch the ball, you Muppet’.

Wayne’s devotion, love, wisdom and his witty sense of humour will endlessly sing in each person’s hearts and minds for those professionally and personally known to him. Recalling Wayne’s professional and personal history has proven to be a difficult task as his impact to tennis and the wider community was not fully captured here as there are too many notable accomplishments to list.

In remembering his legacy; this legend, incredible mentor, devoted husband, loving father and godfather of Tennis Townsville, will be forever in our memory and never forgotten.  Until we serve and hit again, may you now Rest in Peace.

Great to celebrate and acknowledge our volunteers!   Jacko Giacomantonio Winner of the Townsville City Council Spor...