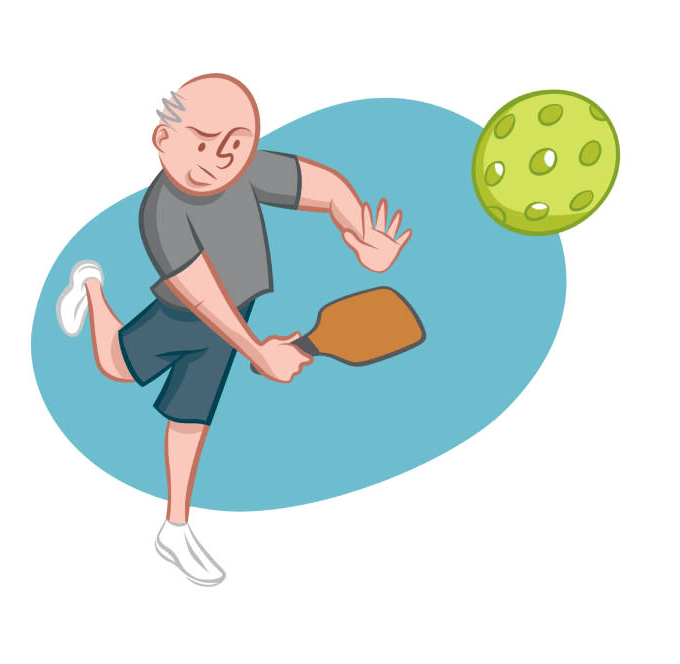 If you want to attend a session of PICKLEBALL SOCIAL HIT then:

You are welcome to Pickleball Townsville, Thursday session run from 5:00 pm to 7:00 pm and Sundays from 4:00 pm to 6:00 pm,  $ 7 for members and $10 for non-members. Where? At VIC BAYER centre opposite the Grammar School on Burke street. All ages and skills welcome !!!

Pickleball is easy to learn and can be played by any age, this sport for life is regularly described as the fastest growing sport worldwide.

The sport has had a gradual introduction into Australia since 2015 with a small group of enthusiasts starting the first incorporated association in 2017. The rapid growth of pickleball in Australia has resulted in the establishment of the Pickleball Australia Association in 2020. Associations and playing groups in every state and territory in Australia are now well connected with the rapidly growing pickleball community world-wide.

The Basics
Pickleball is a paddle sport you can learn in minutes and play for a lifetime. It brings together elements of tennis, badminton, and table tennis to create a sport that’s fun for all ages and skill levels. 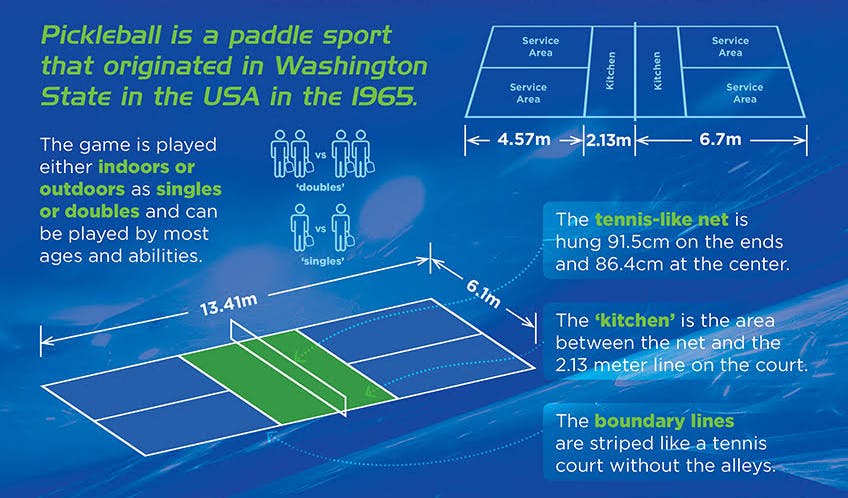 A game usually takes between 10 and 20 minutes but players usually participate in recreational playing sessions for an average of 2 hours.
Each game starts with the serving team sending the ball over the net.  The ball must bounce once on each side of the court before volleying can occur – that is the serve and the return of serve must bounce. BUT.. after this, both teams aim to be at the net where the game is centred around short sharp volleys and strategic soft drop shots to outplay and out position your opponents.

IS PICKLEBALL FOR YOU?

You have never played a sport but want to start

Pickleball is easy to learn and forgiving for beginners.  Initial skill development is a simple process and very soon you can be on the court playing a game.  Pickleball enables individuals of very different skill levels to play an enjoyable game together.  Very quickly you will see yourself involved in rallies and achieving success on the court.

You have played a racquet sport in the past

Pickleball is a sport that draws on skills, strategy, and rules from badminton, tennis, and table tennis.  Anyone who has been involved in a racquet sport in the past will rapidly achieve success on court in game situations often utilising skills from their past experiences.  BUT, don’t be fooled, there is more to the game than you will realise and pickleball will challenge you as your skills develop.

Injury or age is making other activities less enjoyable

The low impact nature of pickleball both with movement around the court and the skills required to play means this is a perfect activity to try for those who want to be gentle on the body (NOTE: In the case of injury it is always necessary to check with your physician before taking on a new activity).  The smaller size of the court means there is not as much running around. BUT, don’t be fooled, you will still achieve an aerobic workout.

You want a physical activity that is also social

Pickleball is often recognised as one of the fastest growing sports worldwide.  It is the social nature of the sport which has been a central driver of this.  A game lasting 15 minutes includes a great deal of laughter, and social connectedness both on the court and off.  You can make this game as social or competitive as you want – the laughter remains.

While it is an easy sport to pick up and start, as with any sport to achieve competitive success requires work and pickleball has a unique set of skills.  The game can be very fast and play extremely strategic with rallies often going for 20, 30, or 40 shots.  Challenges abound.  Tournaments and competitive opportunities are also steadily growing across Australia.

Now enrolling Term 4. Check out our club programs or our in-school offerings.